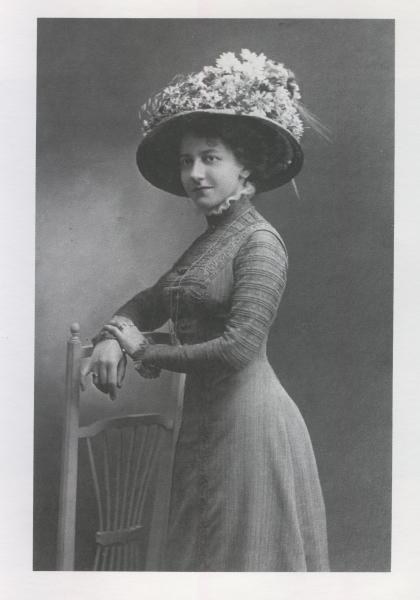 According to David Hamilton, author of The Monkey Gland Affair, Marguerite-Louise was the daughter of Ferdinand de Lesseps ,who commissioned the building of the Suez Canal.  His many children gathered around them the Paris elite during Le Grande Epoche at the turn of the century.  Among their many visitors were artists who would become cubist, dadaist, and surrealist luminaries, musicians, and occultists associated with the Hermetic Order of the Golden Dawn.

In the Historical Introduction to Temple Ahathoor in Paris, Jean Pascal refers to Mdme. Voronoff as Mrs. Marguerite Voronoff (Soror Semper Ascendre) who left documents within the temple concerned mainly with alchemy.  Fulcanelli-ferdinandy de Lesseps who was in contact with the creator of the Golden Dawn MacGregor Mathers, as well as WB Yeats, and Aleister Crowley.  See the full text translated from French here.

Louise Barbe may have died in 1909 in an alchemical laboratory explosion at the home of Julien Champagne, the mysterious painter and alter-ego of Fulcanelli, the famed immortal alchemist.  Then again, she may have lived much longer. In The Fire of the Sun, the author claims that Barbe was divorced from Serge before 1919, but also held her position as High Priestess at the Ahathoor Temple until at least 1925.

Vessel of the Great Work was completed in 1910.

The voluptuous model for the painting was supposedly the young female alchemist, Louise Barbe. Barbe was also friends with Irene Hillel-Erlanger , one of the first female screenwriters and film directors.  Erlanger wrote a mysterious novel, said to be a revolutionary Surrealist adventure, called Voyages in Kaleidoscope.

The book was released in 1919 with a potential dedication to L.B.(Louise Barbe).  Very little is known of Erlanger but that she was close to Eric Satie, Cocteau, Debussy, Germaine Dulac, and the Black Cat group in Paris.  Not longer after the release of the book, almost all copies of it were bought or burned by ‘mysterious men dressed in black’, and very soon after that, she was ‘poisoned by mushrooms’, for revealing secrets of alchemy.

thanks to Tripod Biographies

was born in New York, 1872, daughter of Jabez Bostwick, famed Oil Magnate and business partner of J.D. Rockefeller.  Evelyn served as a nurse with the British Army during the 1901-1905 Boer War, and was decorated with the Military Cross for bravery.  She was appointed by the London County Council Inspector of Schools and Hospitals for the Hoxton Division, London, and there organized the Women’s Conservative Union.

As a scientist, philosopher and practical politician, she declared her opposition to the suffrage movement, and especially to the militant methods. She stressed the physical and nervous difference between man and woman, that man proceeds by logic, woman by intuition; and held that man, because of his greater mental balance, is the one to govern, while woman has her important sphere in education, economics, and the carrying out of good laws.

Upon her recovery from a temporary blindness, on February 13, 1917, she was honored by being appointed the only woman on the staff of the Collège de France, with the title of Assistante de Laboratoire. Here she collaborated in the experiments and discoveries of Doctor Serge Voronoff, with whom she was associated for many years in scientific research, and to whom she was married in Paris, July 1, 1919.  She died mysteriously in 1921. 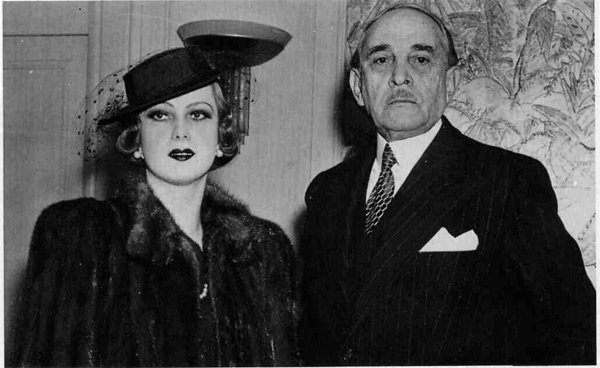 Married Dr. Voronoff when she was 21.